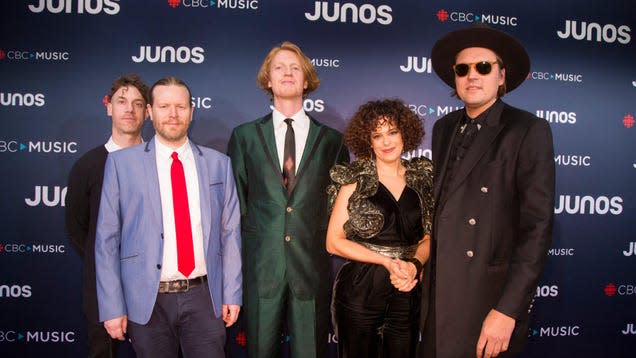 Arcade Fire has teased a new album to follow up on its record 2017 polarizing Everything now for a while now. Although the band hasn’t officially announced the release of new music, Arcade Fire will give fans a taste of the new era during a surprise show today (March 14) at the Toulouse Theater in New York. Orleans.

The show, which was announced at 12 p.m. ET on social media, all its profits will be donated to the Plus 1 Ukraine Relief Fund. There is no set price on tickets, and instead fans can pay what they can.

Fans who live in New Orleans can get wristbands at the venue gate at 10 a.m. CT, with the specification that only one wristband guaranteeing entry will be given per person who purchases a ticket. Pianist Rickie Monie will open the show. Doors open at 7:30 p.m.

As for when fans who can’t make it to the show in New Orleans can expect new music, it looks like it’s coming very soon. The band recently shared a snippet of a song on the contact page of his website; the clip plays when you click on the doodle of an eye with a speech bubble that says “we”. Fans have also discovered hidden clues to the upcoming album on the band’s website, including the sheet music of a song hidden in the coding.

Additionally, Arcade Fire also sent some fans a cryptic postcard with the same sheet music, along with the words “We missed you.” The group’s Instagram page also deleted all posts and swapped out the main image with the same eye design, but this time it says “I.”

For this cycle of albums, there is no fake stereogum this time, no cereal, or any other grumpy publicity stunt. The band seems really excited to share new music and luckily the first reveal is for a good cause.