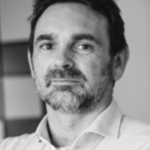 For many years in this country property developers have been accused of land hoarding – the practice of deliberately delaying the construction of properties with planning permission so that prices will be higher when they end, which generates more profits.

Michael Gove, the Secretary of State responsible for housing, who understands the responsibility of meeting the government’s target of 300,000 new homes a year, thinks so.

And the government has talked about a tax on developers who leave plots undeveloped, or even a “use it or lose it” law.

Meanwhile, the developers claim that this is all a myth and no such practice even exists.

So, does it exist or not? And if so, in an era of near-unprecedented house price inflation, are developers making huge extra profits as a result?

Most readers are familiar with the major home builders that dominate the market – Barratt, Persimmon, Bellway, etc.

These companies have multi-billion pound turnovers and build thousands of houses and flats each year – mostly on the edge of settlements, often on farmland or even green belt land.

They contrast sharply with the large number of independent property developers, each building a relative handful of new homes each year, focusing on smaller urban sites.

For us small developers, building mostly on urban land, I can say categorically that the land bank simply does not exist.

In fact, one of our main goals is to build and sell the development as quickly as possible – for many reasons.

Urban land, as discussed in a previous article on viability, comes at a high price. This means that we have money invested and a lot of interest increases all the time that we have an unfinished development, from day one.

We can’t afford to sit on it – and in most cases our bank loans have target dates that we need to meet to start construction and sell the finished units.

Investors want to see action and the longer we have a site, the more likely something bad will happen – Brexit delay, a pandemic, a war.

Things we never expected can and do happen – and no one knows what could trigger a recession. The longer we take, the greater the risk.

So, are big developers deliberately hoarding land? Yes and no. Most large companies that sell products have contracts with suppliers for years to come.

For developers, the basic raw material is land – with building permits. Barratt has 6,500 employees and built more than 17,000 homes last year.

It requires a lot of land in the supply chain and having it there is not a land bank. It’s just foresight.

Plus, the quirks of the scheduling system mean that even experienced developers can’t always be sure if an app is going to take a year to get approved or three years.

Some complex urban sites may be stuck with contamination issues, a party wall with neighbors, or ecology and archeology issues to sort out before starting work.

All of this means that big developers have to plan for too many delays in order not to run out of work, and that’s what makes them feel like they’re sitting unnecessarily on a piece of ground.

Why does the government persist in claiming this is happening then? In short, a large part of the problem lies in the planning system.

If developers could rely on fixed times to determine applications, they wouldn’t need so much ground in their pipeline.

But anything that highlights this will not be something the government will recognize.

In any case, all building permits already come with a rule that says development must start in three years – so the ‘use it or lose it’ rule already exists.

Finally, have developers benefited from the recent increases in real estate prices? In my experience, no.

All that inflation we hear about in the news? Building materials and labor costs have risen sharply – lumber is up 25% in the last month and some tradesmen have nearly doubled their daily wages this year (yes, you read that right).

All of this means that land values ​​have actually gone down recently. On the contrary, some sites are simply not viable when they would have been six months ago.

Some of them may well not be built until construction costs come down. No doubt the government will call this setting aside land.

Ed Deedman is a director of Cayuga Homes.

Act soon for the cancellation of public student loans