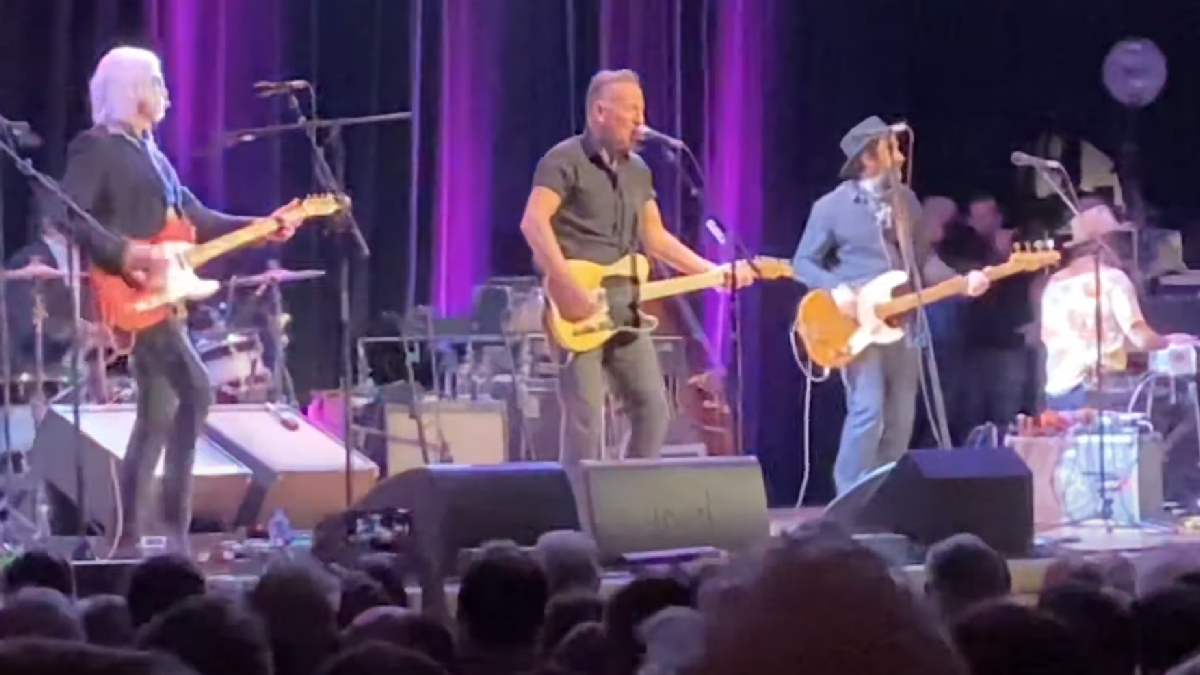 Monday evening, Steve Earle held his annual meeting Advantage of Friends of John Henry at New York City Hall with a lineup of star-studded guests. This year, Bruce Springsteen made the evening even more special by taking the stage in the middle of the night with his trusty Telecaster.

The Boss opened his set with “Darkness on the Edge of Town” with help from the Dukes before entering “The Promised Land” and “Glory Days”. Wrapping up, Springsteen performed the 1984 “Pink Cadillac” B-side while sharing vocals with Earle. Check out the images taken by the fans below.

Like rolling stone points out, most Springsteen fans haven’t seen him play an electric set since his River The tour wrapped up in early 2017. To close out the night, Springsteen returned to the stage to perform Crosby, Stills, Nash and Young’s classic “Teach Your Children” with Roseanne Cash and Earle and the Dukes.

This year’s benefit concert (hosted by City Winery) raised more than $100,000 for the Keswell School, which educates children and young adults with autism.

At the end of October, Springsteen appeared on The Late Show with Stephen Colbert for a three-part interview and rendition of “The River” in support of his concert film, The legendary 1979 No Nukes Gigs, which was released last month. A month earlier, he teamed up with John Mellencamp for “Wasted Days,” marking their first-ever collaboration.