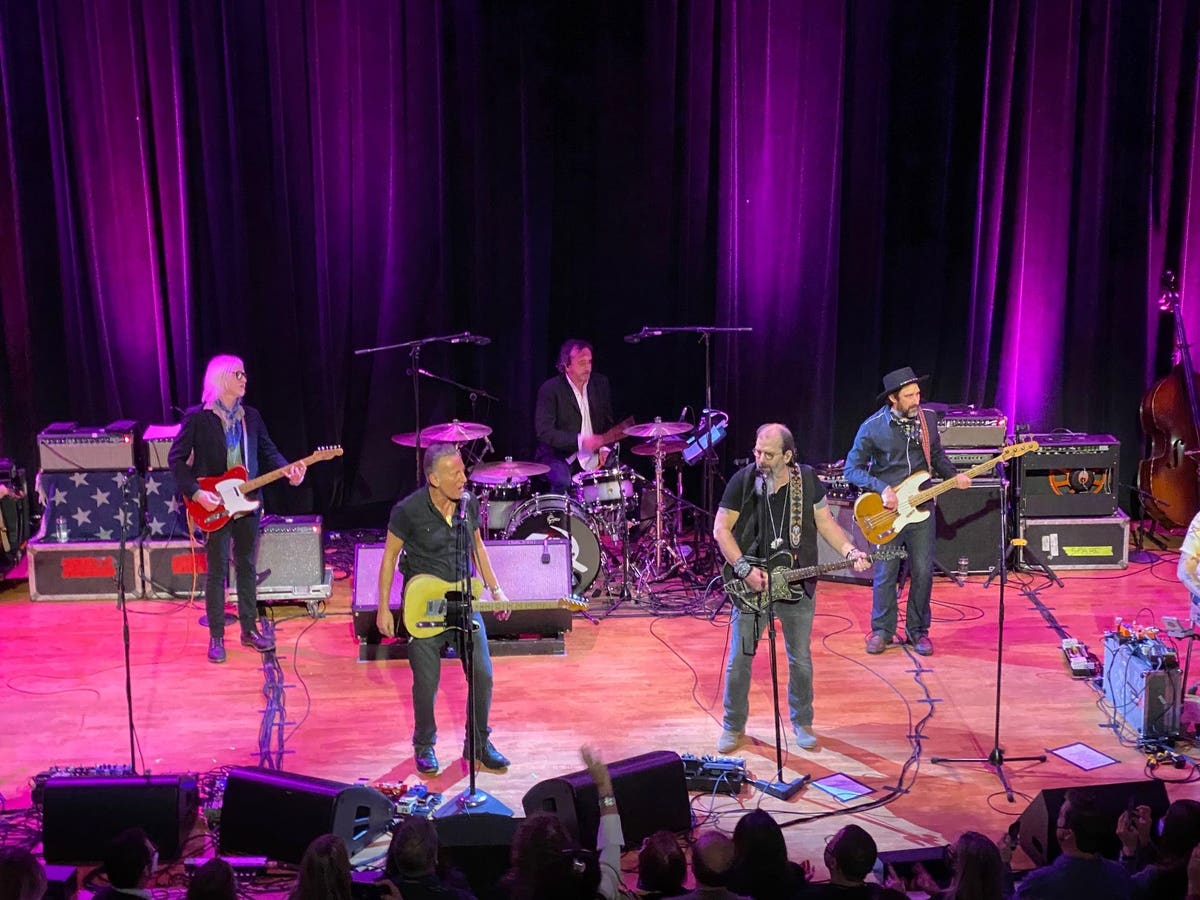 So many songs that are written about love. So much, in fact, that Jukebox The Ghost has a song in which the main lyrics begin with “Why every song is about love…” The fact is, the ethos of people in the live entertainment industry is to give back. sharing their talents. I traveled across the country last week to attend the benefit hosted by Steve Earle and Michael Dorf for the Keswell School which helps children with autism.

There is perhaps no more difficult job category than that of parent. But, like all jobs, there are many gradients in this scale of difficulty. Perhaps none is more difficult than raising a child with non-verbal autism. Yet this is the situation Steve Earle faces. Steve has day-to-day custody of his son John Henry during the school year, then takes his band The Dukes on tour during the summer months.

While there may be some similarities between leading a touring band on the road and raising a child with a disability, each person facing these challenges has enormous responsibilities. The student to teacher ratio at Keswell School is one to one to better meet the needs of the children in their care. It’s expensive. To help, Steve started gathering his friends seven years ago to play an annual benefit show to raise money for the school. This year they raised over $100,000.

The John Henry Friends Advantage returned in person this year, after playing on the internet last year. As always, the event was supported by City Winery and Michael Dorf who carried much of the heavy lifting by acting as event promoter. City Winery organized several events around the evening, including the VIP evening that followed the concert.

As for the concert itself returning to a live performance at New York City Hall after a year of everything being virtual, the show returned in the biggest way possible. As Steve repeated several times throughout the evening, Bruce Springsteen was playing and really raised the bar for future Friends of John Henry events.

There’s no doubt that this crowd was filled with rabid Springsteen fans. The Town Hall is a small hall that can accommodate 1,495 people. Springsteen is usually seen in arenas and stadiums. For the faithful, it was a call to Mecca. The crowd was mostly male, mostly older and ready to go. No one knew what Bruce would do, and no one could have predicted that he would come out after four years away from electric shows with a selection of hit songs: Darkness around town, promised land, glory days and Pink Cadillac. The excitement grew as it was Bruce’s turn to perform and there were all the Dukes on stage, ready to support him.

To cries of “Bruuuuuuce”, Springsteen took to the stage, strapped on his Stratocaster and blasted the doors open. This crowd was so ready to party that when Springsteen started playing his third song, glory day, the crowd carried the voice for him throughout the first verse. Steve Earle took the stage for the fourth song and exchanged verses of Pink Cadillac with Bruce in front of a delighted crowd. I’m a fan, having seen Springsteen at least 100 times over the past 40 years. There are certain shows I will never forget, and this 4-song event is firmly on that list. It’s amazing what happens when love, talent and hunger combine in a small space. It was no longer a benefit concert. It was a redemption from Covid losses and festive community healing of the soul.

In addition to Springsteen and Steve Earle, the gig also featured sets from Roseanne Cash, Willie Nile, The Mastersons and Matt Savage. Each of these artists deserves to be celebrated for their contributions. The evening flew by thanks to the magic generated by these wonderfully talented people. Matt Savage, himself autistic, played a beautiful jazz set on a superb Steinway Model D concert grand piano. Willie Nile, “the Mayor of Greenwich Village”, lit up the crowd by playing a culminating set with New York is Rockin’. Roseanne Cash, accompanied only by John Leventhal on acoustic guitar, quieted the house with her wonderful vocals and The Mastersons played all night solo and as part of the Dukes. They were versatile and entertaining throughout the evening.

Steve Earle is a fascinating man. I can’t imagine a more difficult path in life, from touring musician with drug problems who then lost a child to a drug overdose to parenting a child with a severe permanent disability. Steve’s succession plan centers around his other son, Ian, who will eventually help out John Henry.

Steve’s journey illustrates what is possible. He supports the causes he believes in and plays with his friends when they too try to help make the world right. In return, they help him. Difficulties eventually find us all. What sets us apart is how we manage. That’s part of what fascinated me about talking to Steve, and our conversation reflects Steve’s ethics and his background.

Here, in video and audio podcast form, is the entire conversation between me and Steve Earle.

Life offers everyone the opportunity to choose a path, but no guarantee that they will reach their destination. I subscribe to the idea that your goal can be to make the world a better place while trying to master the intricacies of life. I also think the exact moment you finally achieve complete and total understanding of the universe is when you switch off. If so, then life is about the journey, not the destination. Every time I see what people like Steve Earle have faced and continue to accomplish, my faith in humanity rises. John Henry made new friends on December 13and and I’m proud to be one of them.