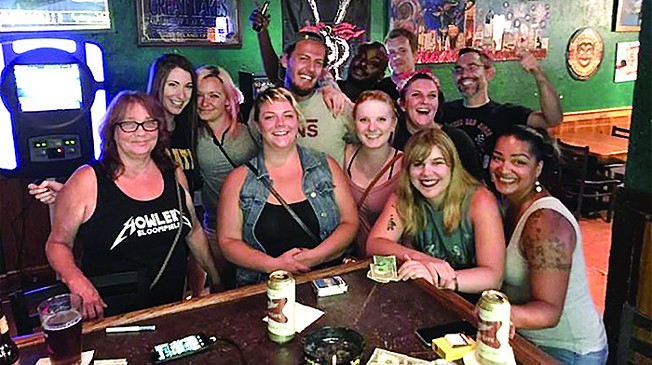 When Bloomfield Howlers’ rock hall closed in 2020, many music fans in Pittsburgh also mourned the retirement of longtime booker Mary Jo Coll. Some maybe even more than the place itself.

A fixture on the Pittsburgh music scene, Mary Jo was recently diagnosed with stage four stomach cancer. And now his friends and family have organized one most suitable benefit for the local music lover – a rock show.

On Sunday December 12th, an impressive selection of well-known local bands and musicians will gather at the Mr. Smalls Theater Funhouse in Millvale for a cancer performance for “Mama Jo”, hosted by Bloomfield resident and friend Karla Doolittle, with Eric Rodger and Andrea Young.

“Mary Jo has played a pivotal role in sustaining the music scene in Pittsburgh,” says Doolittle. “She has managed to do it for all genres, be it punk, folk, acoustics or metal. You name her, she booked and promoted it.

In addition to working with bands at Howlers, Mary Jo also booked live music at Lawrenceville Hambone’s bar for more than 10 years before it closed in 2020 following the death of owner Jeff Holt. “When I find a band that’s really good, I just kick them in the ass relentlessly until they come out,” she said. Pittsburgh City Paper in 2017.

Doolittle says the groups include some of Mary Jo’s favorites, groups she booked and “groups that wanted to give back.”

Mary Jo is “literally the person who would give the shirt away without wanting anything in return,” says Doolittle. “She is humble and would never ask for help. It’s time for us to give back. It’s a way of letting Jo know how much she means to all of us.

Mary Jo recently received a one to six month prognosis, and Doolittle says people can support Mary Jo the most by continuing to send positive messages in her own way. “She checks the Facebook event page daily and loves to read all the kind words from the community,” she says. And, of course, Doolittle encourages people to attend the show.

“Jo is one of the strongest, kindest, smartest people I have ever known,” says Doolittle. “It’s an honor to call her a friend and do my little part to give back to her.”