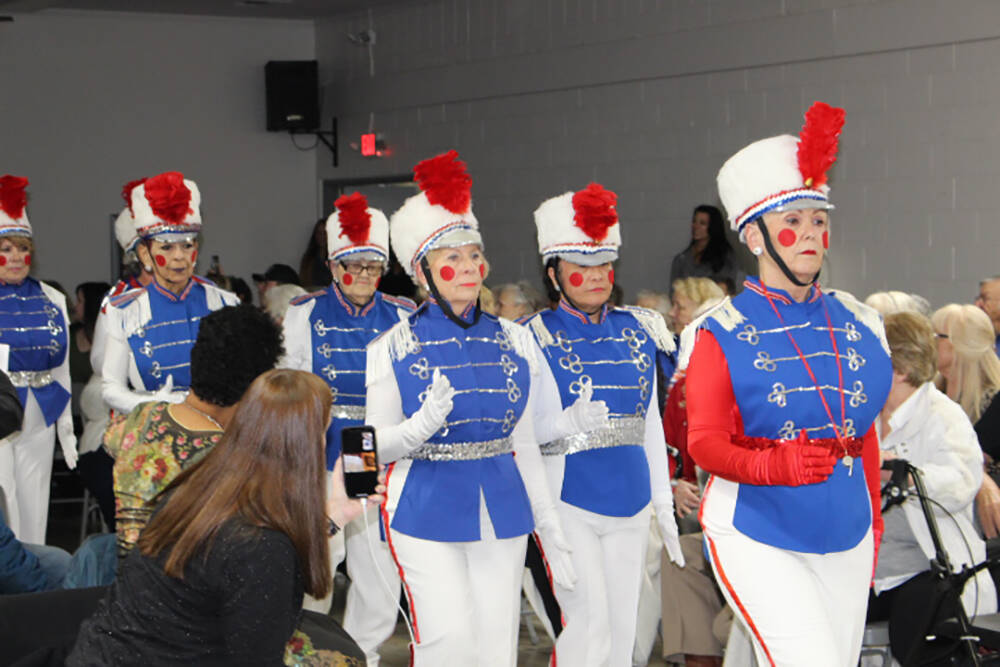 The afternoon of Sunday, December 12 was filled with holiday cheer and spectacle at the 30th Annual Nevada Silver Tappers Christmas Benefit Show. Despite a location change at the Bob Ruud Community Center that reduced the event’s maximum capacity, the show raised $ 4,030 to support veterans causes and the local Nathan Adelson Hospice office, according to organizers.

Hetrick-Irwin’s son Steve Elliott and daughter Robin Butler then took the microphone, replacing Hetrick-Irwin, 96, who was unable to attend due to illness.

â€œOur mom is the reason this exists,â€ Butler told the crowd of around 170 attendees. “But she is not feeling well tonight and will be missed by all of us.” The wind is blowing a bit in our sails, so we’re really going to need you to cheer, laugh, enjoy and celebrate.

“And you know, it’s a benefit show,” Elliott added, noting that Hetrick-Irwin was watching from home and would wait to see what kind of bounty was given when the stockings were handed out for donations. â€œPlease give some heart. “

The show itself kicked off with enthusiastic audience participation, with Kool & the Gang’s classic hit, “Celebration” blaring through the speakers as the performers walked down the aisles, encouraging everyone to stand, to clapping, dancing and shouting for joy.

Ms. Senior Golden Years 2021 Marla Quercia followed with the lighting of the Christmas tree and a touching rendition of the melody “Mary Did You Know” which she accompanied with sign language. Local youth Avery Sampson and Radley Smith, both of the Nevada State Cinderella Program, performed on “Snowman,” then it was time for a dance routine from the Nevada Silver Tappers, who chose the cheeky song “Ain’t Misbehavin ‘ “as their first of the afternoon.

A variety of other performers also graced the stage, including Danny Calechio, who sang “Blue Christmas”, Gina Emond and Michelle Caird, who brought “Don’t Tell Mama” to life and the California Golden Girls, who performed performed for “All the Wrinkled Ladies”, a humorous parody of Beyonce’s “Single Ladies”.

The Nevada Silver Tappers returned to the stage for “Can Can” and Bill Watson had fun with “The Christmas Song” before making way for Julie Morris and her cutesy version of “All I Want For Christmas”. The Silver Tappers then danced to “Boogie Woogie Santa” and Shelley Fisher lent her sweet tones with a performance of “Run Run Rudolph”. Once again, the scene was picked up by the Tappers, who brought back one of the group’s new dance routines, the Folies BergÃ¨re, and then it was time for a short intermission in which Santa Claus and Mrs. Claus passed the stockings to collect donations to support the three causes chosen to benefit the event.

This year, the Silver Tappers have decided to take some of the funding earned from the show and use it to purchase Christmas wreaths that they will put on the graves of veterans buried at Chief Tecopa Cemetery. The other two-thirds of funds raised will be shared and donated to VETrans, which is a local bus service that provides transportation for area veterans, as well as Nathan Adelson Hospice, the only non-profit hospice in southern Nevada. .

Once the stockings were filled with cash, the fun ended with the last four acts. Kathleen O’Connor performed on “Winter Wonderland”, Mary McRory entertained with “Feliz Navidad” and Kim Lyle and Karen Potts offered their sweet voices to “White Christmas” before the event culminated in the traditional last act: “The Wooden Soldiers”.

â€œI achieved my goal,â€ an ecstatic Hetrick-Irwin told the Pahrump Valley Times after the event. â€œWe raised $ 4,030. Isn’t that amazing? No one knew what goal I set for myself, but I know my community, whether we have 100 or 200 people or whatever, I knew they wouldn’t let me down. They’ve really dug in their hearts and it’s just awesome.

Hetrick-Irwin said she was obviously very disappointed to have to give up attending the Christmas benefit show this year, but luckily, thanks to the use of technology, she didn’t have to miss it altogether. Her family helped set up a laptop to stream the show live and she was thrilled that at least they could watch the entertainment ensue.

â€œThe show was great, I was very happy. I think everyone seemed to like it, â€concluded Hetrick-Irwin. “I just cried with all my heart that I couldn’t be there, but this is show business, and the show has to go on!” My daughters were dynamite and I knew they would be. Everything was just wonderful.