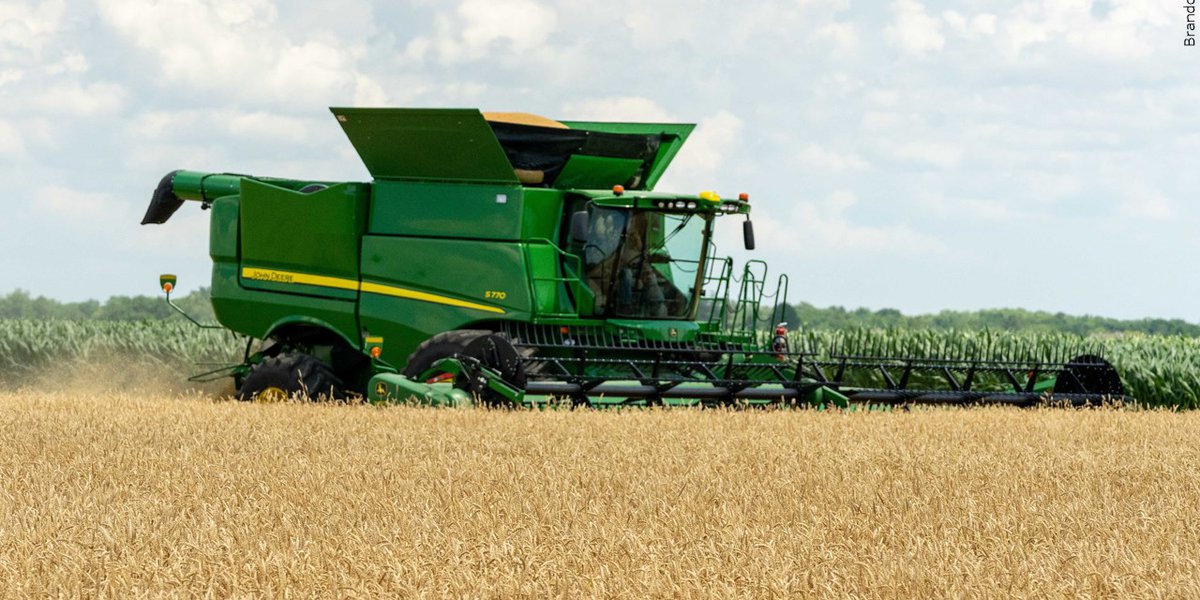 DENVER (AP) — With the flashlight shining on the back of his cellphone, Perry Cabot, a water resources specialist at Colorado State University’s Western Colorado Research Center at Fruita, leaned behind a grain drill, an equipment used by farmers to plant seeds in a field. The research center’s director of operations, Jim Fry, piloted a tractor that slowly dragged the equipment into the dirt. Cabot followed, pointing the light down the machine.

“I’m just trying to make sure the seed drops,” Cabot said. He hadn’t necessarily seen anything wrong with the equipment; it’s just that, well, it never hurts to double or triple check.

Cabot seemed particularly excited about what was happening in the soil of the CSU facility on a sunny morning last week in Fruita, an intermediate wheatgrass strain that produces a grain most often referred to by its trade name Kernza. Cabot believes Kernza has potential as both a forage and grain crop in different parts of Colorado, and the research center is trying to plant it for the first time in the Grand Valley. “It feels like we’re charting uncharted territory,” Cabot said. “You don’t get that as often in this line of work. So that’s exciting.

One reason for Cabot’s excitement is that the perennial Kernza has some kind of superpower in a western region that is experiencing the driest 22-year stretch in the last 1,200 years, a climate model which has zapped stream flows and led water managers to draw down the country’s two largest reservoirs to extremely low levels: this wheatgrass is particularly drought tolerant.

Cabot estimates that Kernza could use about 30% less water than, say, alfalfa hay, a dominant forage crop in Colorado and elsewhere in the West.

“That would be a conservative estimate,” Cabot said. “I suspect it will be even more.”

After three passes through the field with the grain drill, Fry, the farm manager, offered a slightly different perspective on the whole experience. “The farmer never gets excited until he sees something growing,” Fry said with a smile. “I’m going to get excited when it’s a nice Kernza green carpet.”

Cabot and the team at the Fruita Research Center are planting the perennial grain as part of a collaborative effort with The Land Institute, a Kansas-based nonprofit agricultural research organization that developed and named wheatgrass. The idea is to assess the viability of Kernza in the Great Valley and other parts of the western slope.

“We all know that the Colorado River Basin is experiencing significant reductions in the amount of water available for both agriculture and human populations downstream,” she said. “And so one thing that’s interesting for these crops in Colorado is that they may need less irrigation.” She added: “It’s not magic, but it’s quite drought tolerant and produces high quality forage and hay for livestock.

Kernza’s growth potential in low-water scenarios caught the attention of Kremmling rancher Paul Bruchez, who is also preparing to plant a few test plots this fall on his family ranch in Grand County. “We have wheatgrass growing on our ranch, most places do that, it’s not necessarily something groundbreaking,” Bruchez said. “But the depth of the root system is crazy – 12 to 15 feet.”

If Bruchez can establish those deep root systems in a Kremmling meadow, he thinks Kernza could give him some flexibility in how he uses his water supply for irrigation.

“If you had a sprinkler or a drip and applied the perfect amount of water to this plant, I don’t think it would save water,” Bruchez said. “But if you go through periods where you are short, if the roots are established, you would have a harvest whether you irrigated or not.”

The Nature Conservancy is partnering with Bruchez to conduct research into potential alternative crops, ones that might be better suited to the western United States which doesn’t have as much water for everyone. “We are interested in pursuing all methods that can help agriculture adapt to a future with less water in a way that allows them to continue to be economically successful,” said Aaron Derwingson, Director of Projects. of water at The Nature Conservancy’s Colorado River Program.

Derwingson said he felt a shift even in the past six months in the sense of urgency for big ideas that could help solve the water crisis on the Colorado River.

“We’re going to need more permanent types of solutions and taking land out of production for good is making all of us a little nervous,” Derwingson said. Having the ability for a farmer to plant a crop that uses less water and thus allows him to keep his farmland intact and productive is promising, he said.

In Colorado, irrigated agriculture accounts for about 72% of the state’s Colorado River water use, according to preliminary figures from the Bureau of Reclamation.

For Bruchez, the plan this first year is to try to germinate some of that wheatgrass. No one has tried to grow this stuff at 8,000 feet in such a short growing season as there is near Kremmling, he said. “It’s very exciting, but we’re going to start with a few small steps.”

There could also be potential benefits in growing conditions around Grand County, Peters said. “In Kansas it probably needs a lot more water than somewhere like Kremmling, where it’s nice and cool,” she said. “What we really want to understand is how these two things are related.”

One of the other aspects of Kernza that got Cabot excited is its potential as a perennial cover crop that could have the added benefit of being marketed as a grain. The Land Institute, Cabot said, has already shown that there is a market for Kernza grain – from artisan bakers to whiskey brewers and distillers. Earlier this year, Patagonia and the Dogfish Head Brewery teamed up to produce a German-style pilsner beer brewed with Kernza called Kernza Pils.

Generally, the benefit of a cover crop is that it helps feed the soil, but figuring out how to make money from it can be a challenge, Cabot said. “They know they’re investing in the health of their soils,” he said, “but sometimes it’s hard to ask farmers to take a field out of production just to do that cover crop.”

With Kernza, both could be possible, Cabot said. “I’m always concerned about alternative crops,” he said, “because the next question is where the hell am I going to sell this.” Cabot said there’s a bakery in Fruita that has already expressed interest in buying Kernza.

But even if it doesn’t work as a long-term cereal, there’s still potential as a drought-tolerant crop that could be used as forage, Cabot said.

Kernza will not replace high yields of alfalfa, Cabot said. But he thinks the harvest could dovetail nicely with the kinds of water conservation programs being discussed around the Colorado River Basin — programs that would pay farmers to use less water. Instead of taking a field out of production altogether, a farmer might be able to use less water by planting Kernza, get credit for water savings, and still have a harvest to show for it.

“If we can lock in lower water use, decent protein and a marketable crop – I’m not saying it’s a unicorn, but it’s another tool in the toolbox,” Cabot said.

Research scientist Katie Russell operates a sister agricultural research station to CSU near Cortez in southwestern Colorado, an area that has been hit hard by drought in recent years. Russell is already testing Kernza in this region, trying different planting dates and seeding rates. Looking at what happens if it’s a dry or wet winter. She said some farmers have started to express interest in the crop. A lot of people understand that it’s not business as usual anymore, she said.

“We really try to think outside the box and find alternative cultures,” Russell said. “This whole area has been very dependent on alfalfa, and for good reason. It’s a lucrative crop and it has made sense for a long time. But there are so many conflicting issues with it.

The United States Department of Agriculture is also in the process of initiating research on Kernza. The department is investigating seven locations across the country, including three in the West, one of which is located in the Eastern Plains of Colorado in Akron. Grace Miner, a Fort Collins-based USDA agricultural researcher who is part of the project, said there is clearly a need for alternative crops, especially on marginal lands where water supplies for irrigation could be increasingly limited.

“There’s a lot of energy and excitement around Kernza as fodder and grain,” Miner said.

At the Fruita Research Center, Cabot and the rest of the team will learn more about the Kernza they planted last week in the spring.

“We can try something that farmers might be a little hesitant to try, and if it works, that could be a contribution,” Cabot said. “If it’s something that makes their farms more profitable or able to withstand what’s to come, then, you know, you can kind of hang your hat on doing something for somebody else. .”