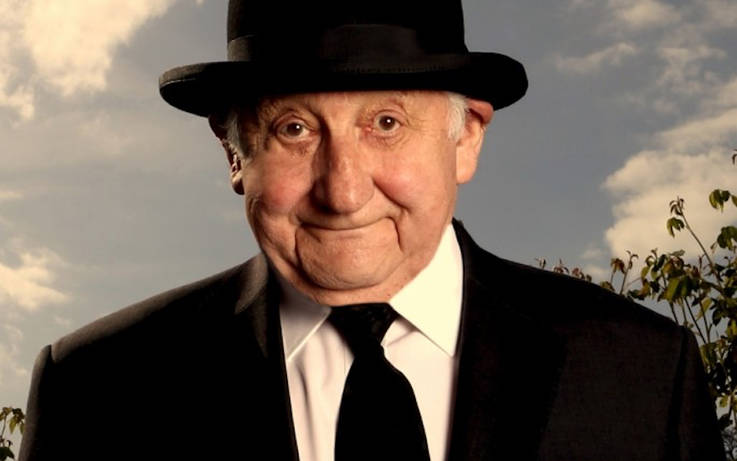 AN old-fashioned variety show featuring comedy legend Freddie “Parrot Face” Davies will help raise funds for the Barnard Castle arts center.
The show was put on by the city’s comedy club Funny Way To Be and will feature two and a half hours of non-stop music, fun and laughter at Witham on Saturday, October 8.
The MC of the evening will be comedian and radio presenter Alfie Joey, while some of the artists who have delighted visitors at The Witham summer festival lunchtime weekend music sessions will also be on display.
However, the star of the show will be Freddie Davies. Now in his 80s, his career has taken him from tough working-class clubs in the north to the Royal Shakespeare Company.
He’s shared the London Palladium stage with Cliff Richard, worked on TV with the legendary Judy Garland and toured the world with his stand-up comedy act.
He was recently seen on television as the father in The Thief, His Wife and the Canoe.
In a career spanning more than 50 years in show business, he saw the demise of music halls, variety and the nightclub circuit – but the variety show will see the genre resurrected for one night .
After the show, audiences can meet Freddie Davies as he signs copies of his autobiography, “Funny Bones: My Life In Comedy.”
The local headliners will be the Euphoria Choir who will sing upbeat choral versions of classic songs.
Other acts confirmed on the bill so far include Lizzie, Singer Of The Lakes; up-and-coming singer-songwriter Robin Popps; Hop Skiffle Jump, bringing the authentic sound of 1950s music and telling the story of Skiffle; and Oui Bee, a Barney-based songwriter with a jaw-dropping voice.
Organizer Peter Dixon said: “We love the opportunity to bring real comedy legends to Barnard Castle and a variety show like this fits that idea perfectly.
“We actually have two on this show with local hero Alfie Joey, who is a one-man show in his own right, and TV favorite Freddie Parrott Face Davies.”
He added: “The Summer Festival at Witham was a great opportunity for us to see some of the best musicians perform in our area.
“We are delighted that at least four of these top artists have agreed to join us on this bill. They will perform a variety of music styles including opera, folk, skiffle, choral and acoustic rock.
Tickets are on sale for £10 and £8. The show, which begins at 6 p.m., will be suitable for all ages.
For further details and to book tickets, contact The Witham ticket office on 01833 631107 or visit www.the witham.org.uk and www.funnywaytobe.com.