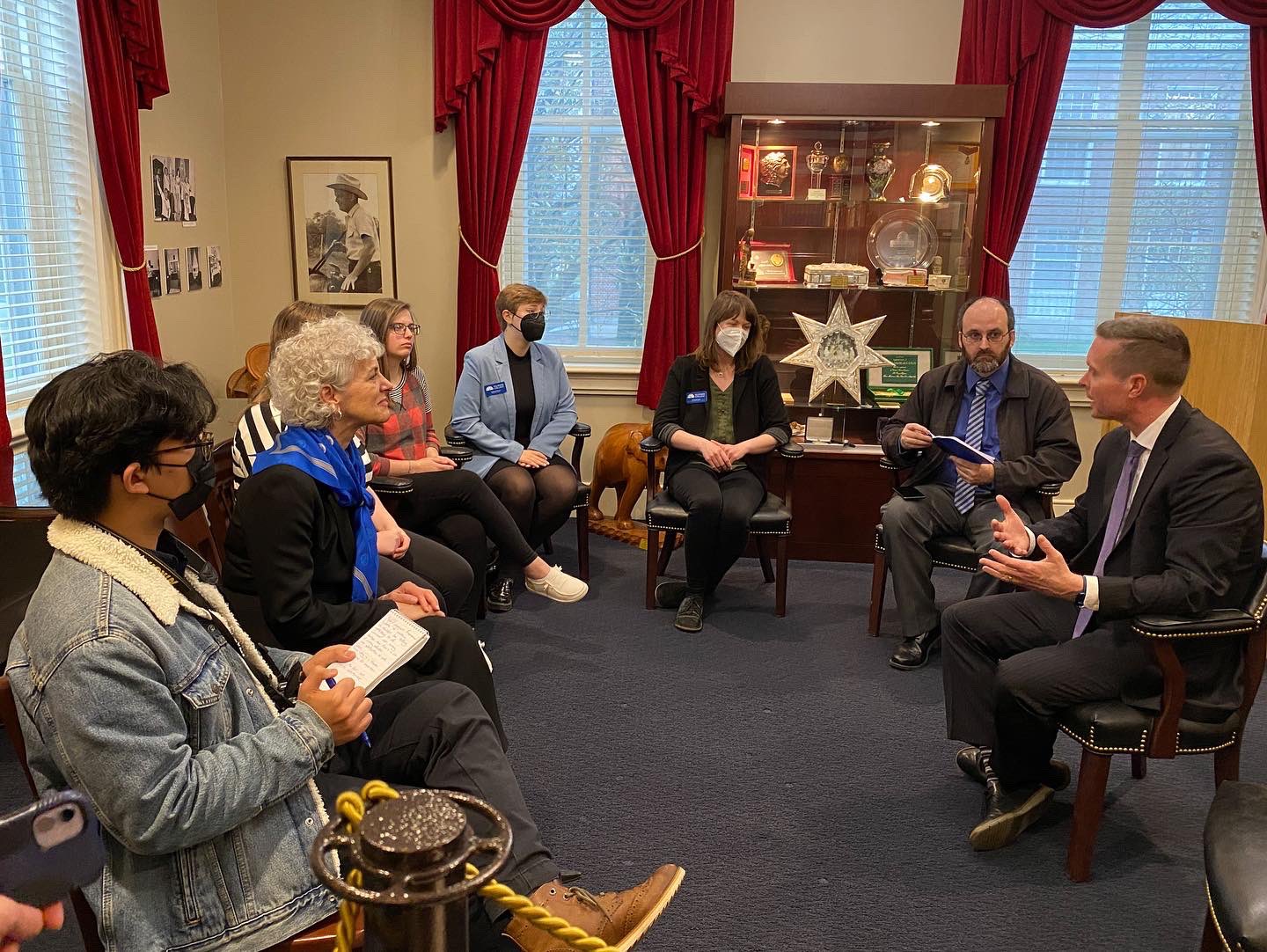 13and District Congressman Rodney Davis visited Illinois College yesterday. He spoke to political science students during the day, then met with President Barbara Farley and members of the history department at Whipple Hall at the Paul Findley Office Museum.

Davis is one of 21 Illinois College alumni and alumni who have served in the United States House of Representatives. He is honored with a portrait in the school’s Legislative Hall of Fame.

Davis recalled his relationship with the Findley family and his brief time at Illinois College yesterday when talking about working with Craig Findley as he served on the Lincoln Land Community College Board and tried to defeat Ron Tendick for mayor from Jacksonville in 1989. Davis says the friendships and relationships that are formed in college sometimes last a lifetime.

Davis praised Illinois College for its nursing program, training program, and nursing education program. He says he will take the example of IC back to Congress and hopes to foster similar pipelines to address the national nursing and teacher curriculum: “I want to take the example of Illinois College to our other institutions and try to take the partnerships that you have here on a large scale and have created with Memorial Health and St. John’s and Lincoln Land Community College. And I would really like some of our larger institutions to follow a model like this. There are people in the health field who recognize that and what is happening here. Davis says the goal is to expand programs and the number of nurses and teacher educators in the state so students aren’t turned away from programs due to limited space.

Davis says that one of the major infrastructure projects he would like to complete while he is the leading member of the United States House Highways and Transit Subcommittee is the completion of US 67: “My goal is to continue the progress that people love. Paul Findley did, people like Tom Oakley did, people like Bob Michel, Ray LaHood, John Shimkus, Aaron Schock and Darin LaHood did when they served and that’s to finish US 67. Tom Oakley and the goal of many who have worked on the [Corridor] 67 The plan was to create this highway to the St. Louis metropolitan area through the west side of our state. It will be my charge to try to do this while I am in Congress.

Davis also touted his law on employer participation in reimbursement for student loan debt. Davis believes this is one of the only ways the nation can tackle the problem without causing major economic distress and further locking in graduate students struggling with student loans.