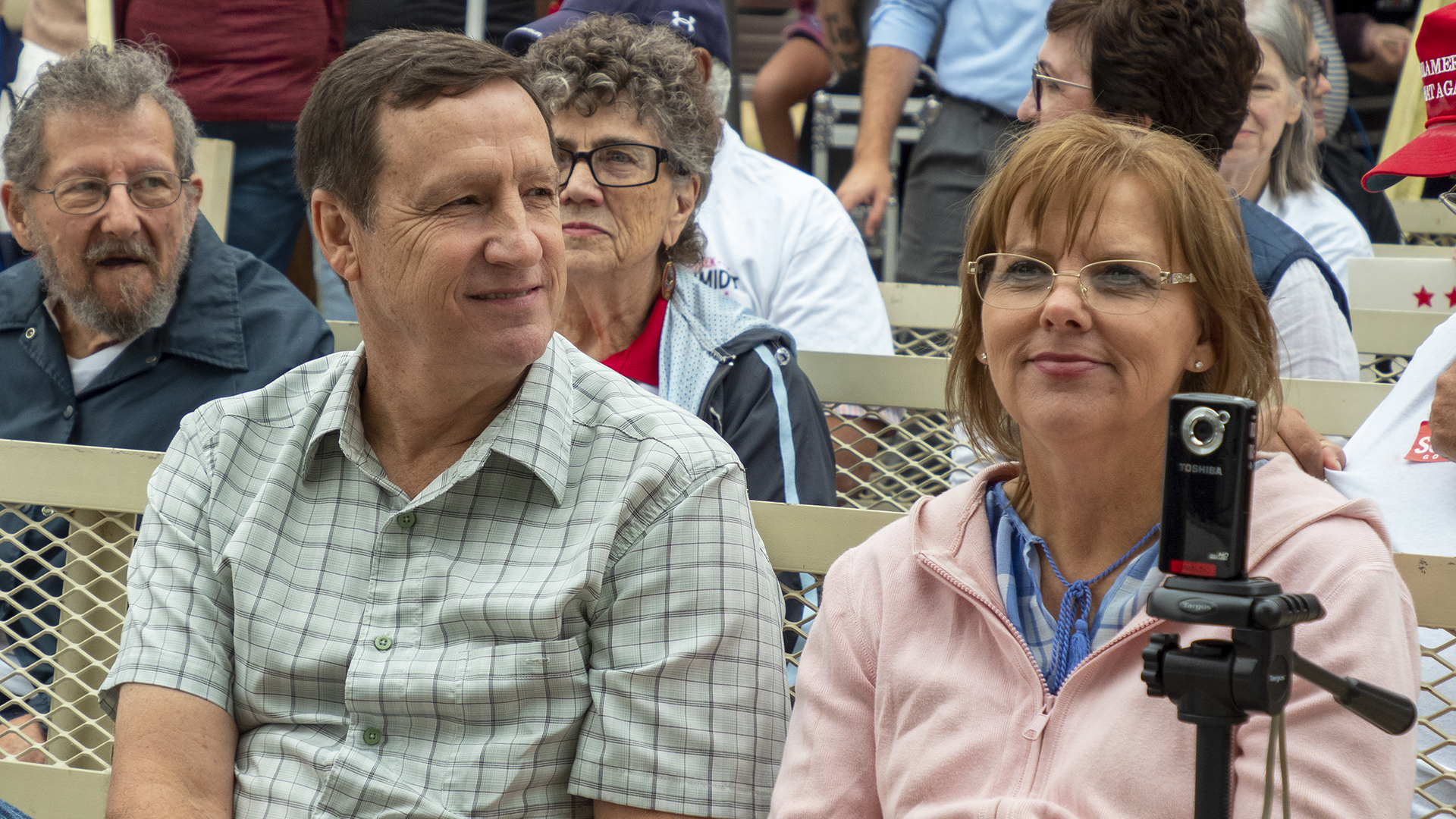 Pyle, who is running for governor as an independent, was barred from participating in the debate, although his name will appear on the ballot in November. The conservative state senator is threatening to siphon Schmidt’s votes, benefiting Democratic Governor Laura Kelly’s re-election campaign.

If Pyle had had a voice in the loud “unibate,” as he dubbed it, he would have underscored just how close Schmidt and Kelly are to each other on the political scale.

“I would point out the voting records and show how they are wrong,” Pyle said. “They both supported the tax increases. They are both pro-abortion.

Kelly supports access to reproductive health care and Schmidt describes herself as pro-life. But Pyle says Schmidt, as a state senator, had a poor rating from the prominent anti-abortion lobby group Kansans for Life. KFL now endorses Schmidt.

Pyle said Schmidt, who was Senate Majority Leader when former Democratic Gov. Kathleen Sebelius was in office, has literally played ball with Democrats this year. In other words, he was on a baseball team with Sebelius and Kelly.

Worse still, from Pyle’s perspective: Schmidt helped Sebelius push through his budgets despite a Republican super majority in the Senate.

Pyle said he chose to collect signatures and run as an independent because the “left wing” of the Republican Party would not support a true conservative.

“My goal is to unite conservatives and get them to coalesce no matter where they are, whether they’re in either party or independent,” Pyle said. “If we put together a coalition of conservative people, we’re going to win this election.”

Pyle refused to give up his front-row seat, despite pleas from former state Rep. Tom Arpke and other Republicans.

Meanwhile, the lively crowd hurled insults at Schmidt and Kelly onstage, including cattle-inspired profanity, and alternated between chants of “four more years” and “no more years”, and “Schmidt is unfit” and “lockdown Laura”.

State Representative Patrick Penn, a Republican from Wichita, marched through the crowd with his children, loudly accusing Kelly of refusing to meet black people.

“I want to hear how they’re not just going to shape the present but shape our future, and the things they’re going to do that will help my future generations, like my children,” Laura Harding said.

Joining in the cheers for Kelly was Topeka resident and colon cancer survivor Janet Vega. Vega said she had no health insurance and had always been paying her medical bills since 2006.

Every Kansan, Vega said, should have access to the “best care”. She noted Kelly’s support for the expansion of Medicaid, which would provide health insurance to about 135,000 low-income Kansans.

“I think we need more help. It’s not right,” Vega said. “He should be more open to everyone.”

Commentary: Don’t be fooled by these myths about student loan “forgiveness” | Comment

Brad Rhodes: Who gets your pension money if you die? – Salisbury Post