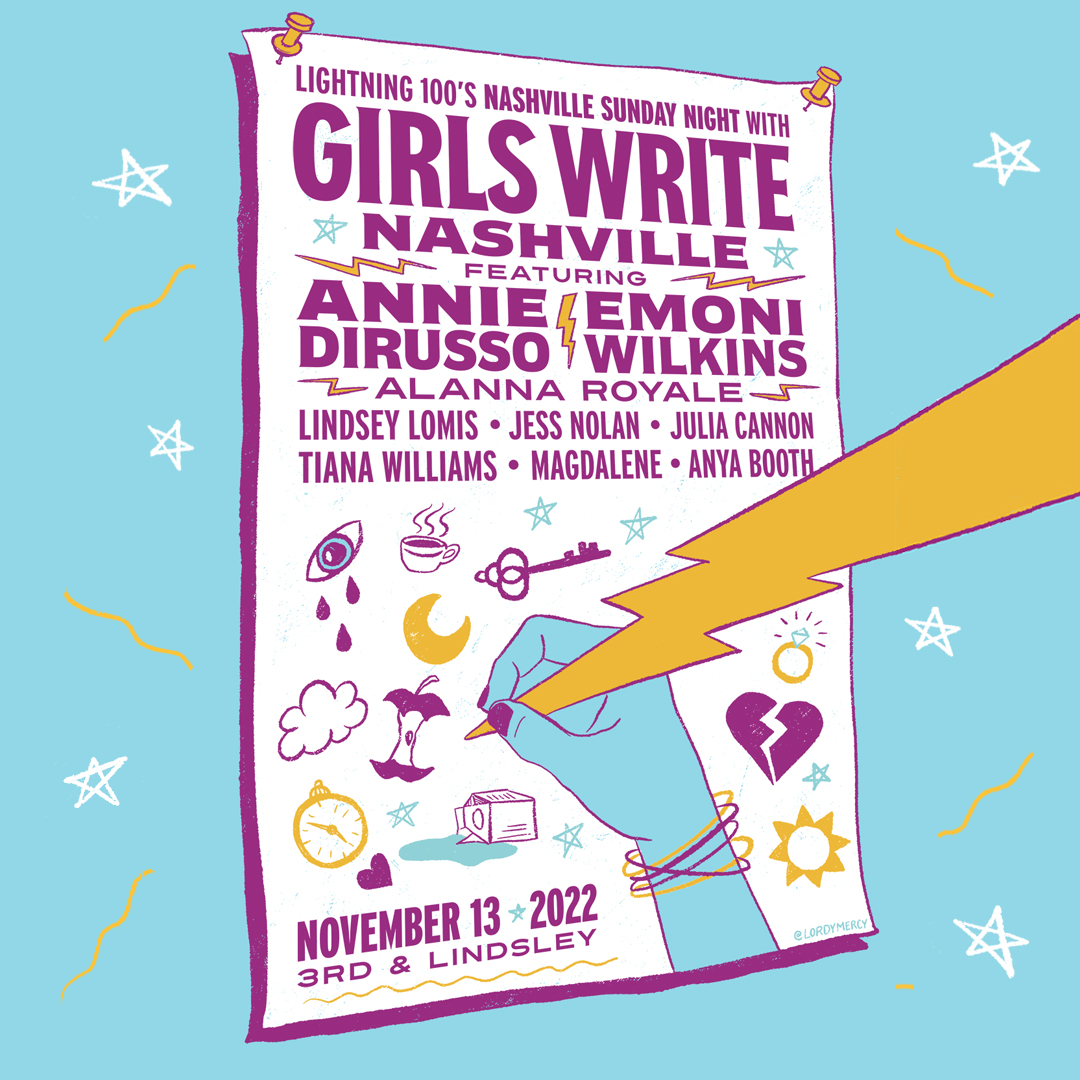 GWN is thrilled to present a lineup of artists who reflect the values ​​of the organization – showcasing the extraordinary talent within Nashville’s community of female musicians, the diversity of people and genders celebrated in the songwriting community. -Nashville composers and the artists’ deep ties to the local Nashville community. Co-headliner Annie DiRusso, a pandemic-era phenom currently on her first (largely sold out) headlining tour, is a Belmont graduate. Lindsey Lomis, a Nashville native currently under contract with Sony, is a Girls Write Nashville alumna and has performed on many local music programs. Jess Nolan, who this summer and fall played the keys to Jenny Lewis’ band and backed Ani DeFranco on tour, is a longtime Girls Write Nashville mentor. Songwriter and producer Julia Cannon, a longtime member of the Nashville music scene, recently performed with artists like Alicia Keys and The Roots as part of The Black Opry’s organizing efforts. The lineup will also include performances from several participants in GWN’s youth program.

“This show is us organizing a big party by and for the community. It’s the most uplifting party you’ll go to, one of Nashville’s best music nights all year, AND it supports female musicians and creates equitable educational opportunities for students in our city – what could be better? says Girls Write Nashville co-founder and director Jen Starsinic. Last year, this event raised over $50,000 and enabled GWN to serve over 600 students. Businesses are invited to become community sponsors of the event by purchasing a table or block of tickets. Click on HERE to learn more.

Girls Write Nashville is a 501(c)(3) that empowers girls to reinvent and reshape the music industry through songwriting, producing, mentoring and creating a creative community for teenage artists in Nashville, Tennessee. In GWN programs, participants learn to write and record original music in a community of peers led by a trauma-sensitive artist teacher over a six-month season. Through a partnership with Community Achieves of MNPS, guilds are held on-site at several Title I Metro-Nashville schools. GWN strives to create a safe and inclusive path to cultural participation within the Nashville music scene and actively addresses barriers to accessibility – believing that when they do, the student community will accurately reflect true diversity. of Nashville.