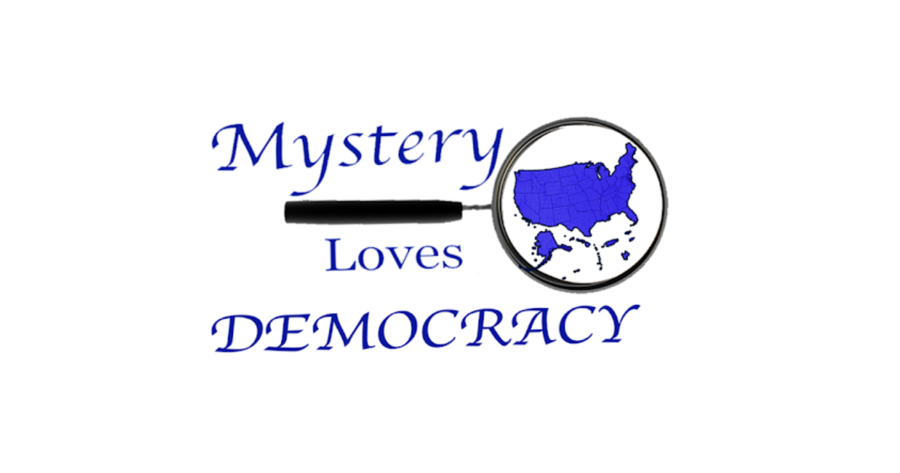 Local mystery writer Lisa Brackmann helps organize Mystery Loves Democracy (www.MysteryLovesDemocracy.com), an online auction to benefit Fair fight action. Members of the mystery community – authors and readers – adhere to the fundamental belief that justice will be served, and in this election cycle, justice means that every eligible voter is able to make their voice heard and their vote count.

“In 2020, we were incredibly concerned about the state of our democracy. We have found that by working together and rallying the largest community of mystery novel writers and readers, we have been able to channel our fear and anger into something far more productive than any of us could have done by himself. Since that special election, the threats to our democracy have only grown. We knew that at this crucial crossroads in our history, we could not afford not to participate in the mid-term, so we decided to come together again for another auction and hope for an even better result. this time,” Brackmann said.

The organizers have set an ambitious goal of raising $100,000.

“We are extremely pleased to have the support of the authors who organize Mystery Loves Democracy. Every day, the Fair Fight Action team works to ensure that every Georgian and eligible voter across the country can register to vote and have their vote counted. Our work is only possible with the dedicated support of our partners, donors and volunteers. We are thrilled with this partnership and look forward to a fun auction,” said Cianti Stewart-Reid, Executive Director of Fair Fight Action.

In 2020, the mystery community came together to support Mystery Loves Georgia, an online auction that raised over $60,000 for Fair Fight Action to support the United States Senate runoff election in Georgia and the

work in progress for voters across the country. Besides raising funds, the auction raised awareness of the importance of the special election and voting rights in general.

More than 200 authors participated in 2020, donating more than 300 items, including autographed books, Zoom book club meetings, manuscript reviews, chances to name a character in an upcoming book, and many other unique opportunities.

Sara Paretsky said, “I support this auction because the United States, the beacon of freedom I cherish with all its flaws, gave my family a home when we fled murderers in our homelands, Lithuania and Poland. The America I Love is under attack from extremists who want to overturn fair elections and prevent people from exercising their constitutional rights. If these extremists gain more power in the 2022 elections, it will be nearly impossible to regain our beloved democracy. Help me make November 8 a day where we can continue to build our democracy.

Fair Fight Action advocates for free and fair elections in Georgia and across the country, encourages voter participation in elections, and educates voters about elections and their freedom to vote. The FFA also raises public awareness of electoral reform, advocates for electoral reform at all levels, and engages in other voter education programs and communications.

Lisa Brackmann is the NYT bestselling author of the Ellie McEnroe trilogy (Rock Paper Tiger, Hour of the Rat, Dragon Day) and the thriller novels Getaway, Go-Between and Black Swan Rising. When she’s not writing, she plays bass guitar, cheers on the San Diego Padres from her Humboldt County home, and tends to all the needs of her two demanding cats.

Kathy Krevat is the author of the hit Chocolate Covered Mystery series and the Gourmet Cat Mystery series. When not writing, she volunteers for youth arts education and political organizations and performs comedy.

More information about the auction can be found at www.MysteryLovesDemocracy.com, on Facebook, or by following @mystery4voters on Twitter.

You should still apply for student loan forgiveness despite taxes