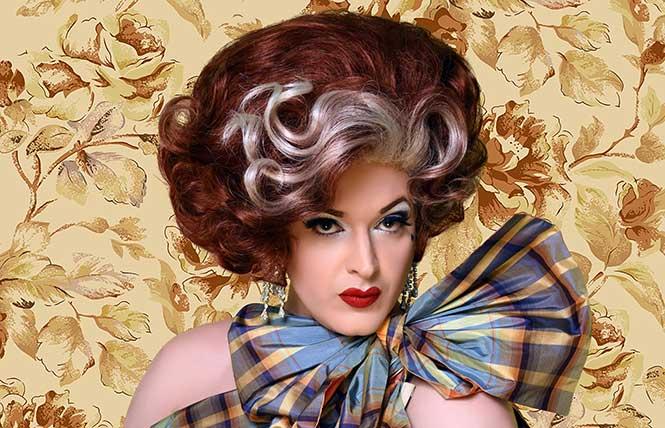 Queer LifeSpace, the nonprofit arm of the San Francisco Therapy Collective, will host a benefit event, “Speakeasy: A Very Queer Murder Mystery,” on Friday, November 11, from 6-9 p.m. at The Academy, 2166 Market Street in San Francisco.

According to the Queer LifeSpace website, the featured plot is highly rated and designed for large groups. Lead roles in the game will be assigned on a first-come, first-served basis to those who claim them. Secondary roles will also be available. Participation is optional, but everyone is encouraged to participate.

Queer LifeSpace provides counseling and mental health services and has also trained therapists over its 10 years.

Tickets for “Speakeasy” are $150 for the VIP option, $100 for regular admission, or $40 for performers and students. For more information and to buy tickets, click here.

The aforementioned Academy is the site of a panel discussion on Thursday November 3 on vacant commercial spaces in the Castro. The meeting, which is free, takes place from 6 p.m. to 7:30 p.m. at 2166 Market Street.

“Doing business in San Francisco is not for the faint of heart,” Hendricks said in an event announcement. “And in this environment, it takes capital, skill and a healthy dose of luck to succeed.”

In April, commercial vacancies totaled more than 20% of the Castro’s commercial properties, according to the announcement. Still, in recent months a number of new businesses have opened in the neighborhood on its two main shopping corridors at Castro and Market Streets, while three new restaurants slated to open on Upper Market Street are moving through the permit process.

Mandelman recently introduced a pair of policies allowing new queer bars and bathhouses to open, though as the Bay Area Reporter previously reported, no new bathhouse operators have yet come forward.

Strap on these disco shoes and get ready to dance the night away at Boogie Wonderland, a gala and fundraiser celebrating the Oakland LGBTQ Community Center’s fifth anniversary. The party will take place on Saturday, November 12 from 5-9 p.m. at the California Ballroom, Oakland’s Art Deco event space located at 1736 Franklin Street.

Center officials noted in an email announcement that after nearly three years of not being able to hold in-person events, they are looking forward to the gathering. The party includes a buffet meal, drinks, entertainment, prizes, a best-dressed contest, DJ music and, of course, dancing. Participants are encouraged to wear their best disco-inspired outfits.

Individuals must be 16 or older to attend and be prepared to show proper ID and proof of COVID vaccination. Once inside, face masks will be optional. The property has a lift for people with reduced mobility.

Tickets are $100 and can be purchased here.

Art auction for the benefit of Maitri

According to an announcement, the event, titled “Works of HeART,” will feature local artists and artwork themed around the meaning of Maitri, “loving kindness.”

Maitri is a 35-year-old organization that provides palliative care, short-term respite care, and recovery support after gender-affirming surgery, in the Duboce Triangle neighborhood of Castro.

There is no admission to attend. Proceeds from the auction will benefit Maitri and its programming. For more information and the list of participating artists, click here.

Memorial for Urvashi Vaid
A memorial and celebration of the life of LGBTQ lesbian leader Urvashi Vaid will be held on Thursday, November 3 in New York City and will air live at 2 p.m. PT.

She led the National Progressive Gay and Lesbian Task Force, now known as the National LGBTQ Task Force, from 1989 to 1992. She was its first female leader. Prior to taking over as head of the organization, she served as Director of Media, among other positions during her ten-year tenure. She co-founded the Task Force’s popular Creating Change conference, now in its 33rd year. She resigned from the task force in 1995.

Born in New Delhi, India on October 8, 1958, Vaid and her family immigrated to the United States in 1966 when she was 7 years old.

She was 10 when the Stonewall Riots happened in 1969, she wrote in the preface to her award-winning 1995 book, “Virtual Equality: The Mainstreaming of Gay and Lesbian Liberation.” The book was part memoir, part political manifesto, and part call to action for a genuine civil rights movement rather than “conditional equality” under the guise of acceptance.

The YouTube link for the live stream is here.