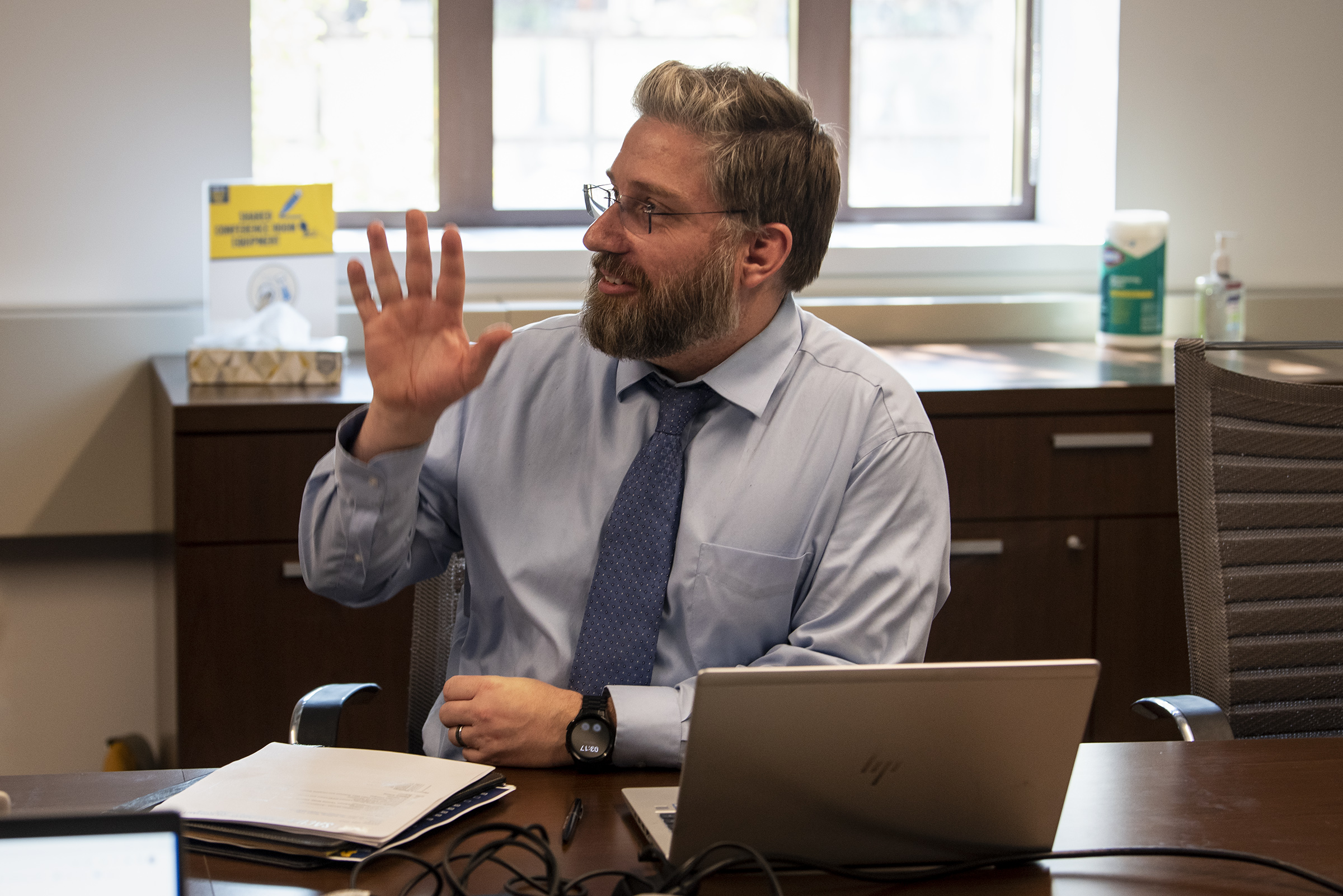 The Senate Assembly met Monday in a hybrid format in the Ruthven Building to discuss the Santa Ono University president’s plan to create the new independent Office of Ethics, Integrity, and Compliance (OEIC) , to expand the faculty of the university’s faculty senate, and to review the academic dispute resolution and grievance process.

Silvia Pedraza, SACUA president and LSA professor, began the meeting by discussing Ono’s intention to create an OEIC at the October Regents meeting last Thursday. She said this development was, in part, thanks to SACUA.

“This new Office of Ethics, Integrity and Compliance will report to the President, Vice President and General Counsel,” Pedraza said. “Details are yet to be ironed out and I have to say that is partly due to the efforts that SACUA has been quite involved in… We are moving forward and stepping up at the University thanks to our very good staff in the FSO (Faculty Senate Office) and our very good people at SACUA.

Allen Liu, Associate Professor of Mechanical Engineering, then led a presentation on expanding University Faculty Senate faculty members to include clinical professors and lecturers who are not currently members. Liu said the report presents recommendations from clinical faculty working groups, aimed at increasing representation from UM schools, colleges and campuses.

Members of the Senate Assembly discussed the benefit of expanding membership to include more underrepresented professional groups in the Faculty Senate, including clinical professors and lecturers. However, debates have erupted among current members about the impact this would have on each unit’s representation, given the differences in size between UM schools.

Lucas McCarthy, newly appointed Director of the Faculty Senate Office, then presented a review of conflict resolution and the academic grievance process. McCarthy explained how the process works and defined each of the three distinct categories of dispute resolution systems – the Office of Equity, Conflict Resolution, and Title IX (ECRT), 5.09 Hearings, and Faculty Grievances. .

McCarthy said the function of the ECRT is to provide educational programs and resources to ensure compliance with University policies, while 5.09 hearings are dedicated to resolving disputes between faculty members and tenured or tenure-track professors. He said faculty grievances are adopted by individual academic units and review decisions made by deans, directors and other authority figures within a department.

“The 5.09 hearings are very rare, they are provided for in the region’s statutes and specifically for procedures for dismissal, demotion or permanent appointment of a tenured or tenure-track professor,” McCarthy said. “Faculty grievances, which are promulgated by each separate unit … have their own authority to adopt their procedures. These faculty grievances review unit decisions made by deans, directors, department chairs, and other authorized individuals do not relate to matters involving faculty members. These are unit decisions.

Daily reporter Marlee Sacksner can be reached at [email protected]

Student Loan Refinance vs Consolidation: What’s the Difference and Which Should I Choose?

Ellen Moyer: over 70 and feeling left out