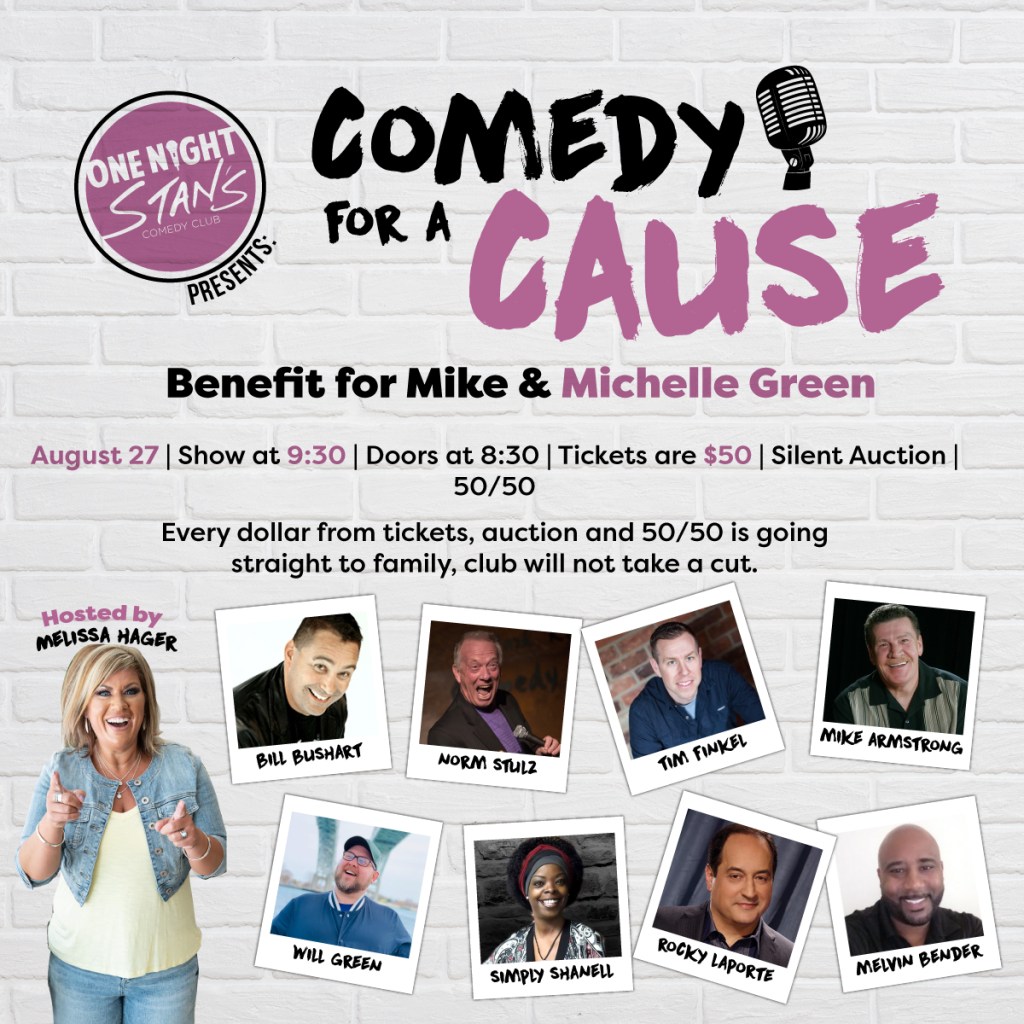 The comedy for a cause benefiting comedian Mike Green and his wife, Michelle, who is battling cancer, will take place at 9:30 p.m. on Friday, August 27 at One Night Stans in Waterford Township. Hosted by Melissa Hager, performers include Bill Bushart, Norm Stulz, Tim Finkel, Mike Armstrong, Will Green, Simply Shanell, Rocky Laporte and Melvin Bender. Tickets are $50. The event includes a silent auction and a 50/50 draw. To visit onenightstancomedyclub.com.

• Sam Morril, a rising comedian in New York and a regular on Comedy Central’s “This Week at the Comedy Cellar” runs through August 28 at Mark Ridley’s Comedy Castle in Royal Oak. Tickets are $20 to $25 at comedycastle.com.